I was lucky to meet Angela Torres at the Poetry Foundation here in Chicago during a poetry reading honoring Lucille Clifton. It was a magnificent evening–the kind of poetry reading that leaves you energized and feeling like everything is brimming with potential. During the wine reception, I sat next to Angela and bumbled over some words while trying to balance a plate of cheese and crackers on my lap. I think I asked her if she was a writer, and she said, Yes, a poet. And then, I asked some awkward question like: What do you do to be a poet. She responded graciously, I write.

This meeting is what sparked the idea to create this series of interviews with poets living and working in the real world. What does it mean to be a writer, a poet? and how does one go about it? Angela agreed to be interviewed, and I think you will agree with me, her thoughtful answers will inspire you to go to your desk and write. 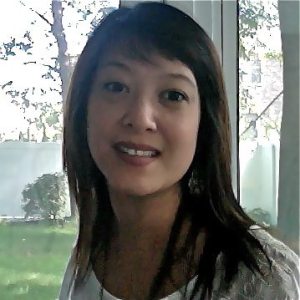 First, a little bio: Angela Narciso Torres completed her MFA from Warren Wilson. Her recent poetry is available in the Baltimore, Cimarron, Collagist, Colorado, Crab Orchard, Cream City, and North American Reviews, and in A Face to Meet the Faces: An Anthology of Contemporary Persona Poetry. Her poetry manuscript was a finalist in the Crab Orchard, Philip Levine, Brittingham/Pollak, and Idaho Poetry Prize contests. A recipient of an Illinois Arts Council grant, she serves as an editor for RHINO.

AS: Who are the authors you are likely to return to for inspiration? Why?

AT:
AS: What sort of work do you do outside of writing? And how does it influence/inspire your writing?

AT: I help edit RHINO magazine and raise my three boys.

As a writer, I consider it one of my greatest fortunes to be associated with RHINO magazine. The editor-poets I’ve met there are some of the most genuine and generous individuals I’ve ever met. Knowing them helped me gain a sense of connection in the larger Chicago writing community when I moved here 5 years ago. Some of these editors have helped me invaluably in my poetry writing through a poetry critique group in which we exchange and comment on each others’ work. It’s also been very instructive to be on the receiving side of poetry submissions, and humbling too, to see not just the immense talent but also the sheer volume of poetry being written out there.
Though I’ve always been drawn to writing, I like to think that becoming a mother was the main impetus for my beginnings as a serious writer of poetry. When my three boys were under the age of five, I found writing poetry to be a means of carving for myself a sacred space, a room of my own, so to speak. Yet it was the constant tug of daily life that kept me grounded and allowed me to soar with my imagination during the quiet moments–between feedings, during naps, and later, while waiting in the car during piano lessons or soccer practice. In the midst of parenting I learned  to develop the solitary discipline necessary for a writer’s life.  When they got older, I started attending more writers’ workshops and conferences and eventually pursued an MFA through the low-residency program offered by Warren WIlson. But without the constant demands of parenthood on my time and energy, and also without the rewards of raising these wonderful curious beings who saw the world with such freshness and wonder–I don’t think I would ever have found my way into writing poetry.
AS: “The solitary discipline necessary for a writer’s life.” Well said! I am still working on learning how to develop that, but just hearing you speak about it makes me wants to write.
—
You can read a few of Angela’s poems here, here and here and learn more about her writing process by reading another interview with her here.
If you were inspired by Angela’s discussion of what its like to be involved with a literary journal, consider getting to know a journal near you. I just learned about Journal of Ordinary Thought published out of Chicago’s Neighborhood Writing Alliance, a social justice and writing organization and am hoping on getting involved in their editing stages.
All literary journals are labors of love and can often use another intern, proofreader, editor, or subscriber, so go, get connected.
Advertisement